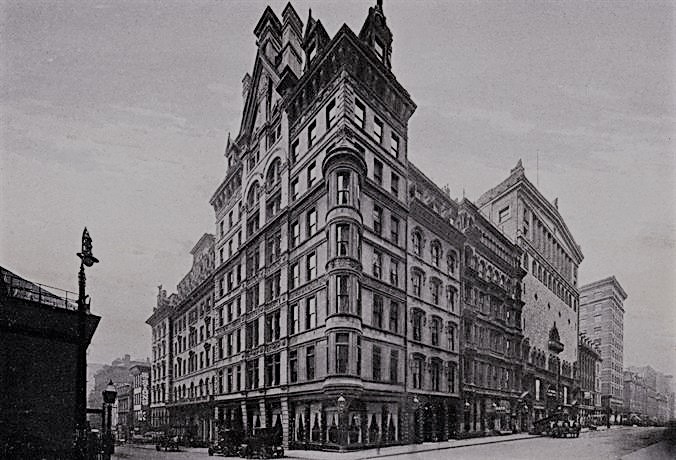 As one of the oldest and most historical parts of the country, it’s no surprise that New England is the setting for some of the most chilling ghost stories. For this Halloween season, we’re sharing  some of the most famous spooky spots in all of New England, from Connecticut to Vermont. Whether these ghost stories are true, you’ll have to decide for yourself!

The Most Haunted Hotel in New England: The Omni Parker House in Boston, MA

If you’re looking for one of the most haunted hotels out there, The Omni Parker House is right at the top of the list. Founded in 1855 and situated in the heart of downtown Boston, the hotel’s ghostly reports are spooky enough to have inspired Stephen King’s novel “1408”.

On the 9th and 10th floors, guests claim to have seen a bearded man dressed from the colonial era. One guest even saw him at the end of their bed in Room 1012. Many say the ghost is the founder and overseer of the hotel, Harvey Parker. Well-known for his pleasant interactions with guests until his death in 1884, many wonder if Harvey is just checking in to make sure the guests are enjoying their stay! Orbs of light have also been seen hovering in the hallways and then vanishing.

But that’s not all.

The third floor has hosted plenty of haunted activity as well. For one, the elevator regularly stops on the third floor without any buttons being pressed. Room 303 guests have seen strange shadows and the bathtub water turns on by itself. The sound of rocking chairs creaking late at night have also been heard, even though there are none. Room 303 has since been turned into a storage closet for unspecified reasons, but many speculate that it’s because someone died in there. Whether or not the stories are true, the hotel is a great spot to visit during the Halloween season! 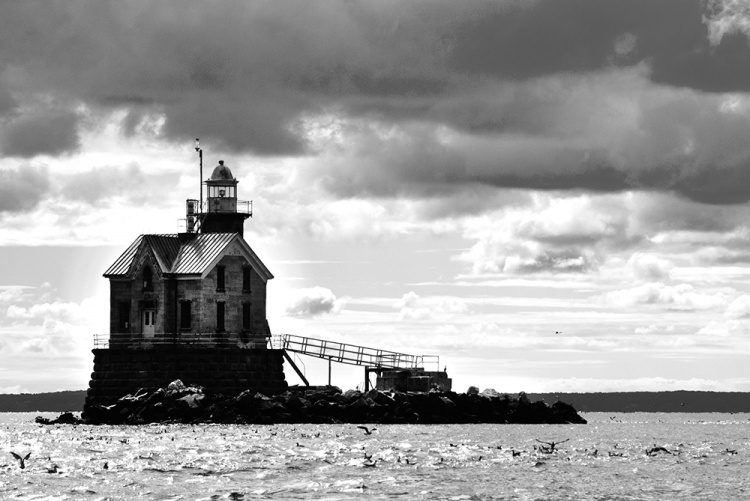 The Middle Ground Lighthouse: The Most Haunted Lighthouse in Connecticut

Famous for its many lighthouses, New England is bound to have a haunted one. Actually, there are several, but the Stratford Shoal or Middle Ground Lighthouse is the spookiest of them all. Located in Long Island Sound, this 60-foot granite lighthouse has two spooky tales to tell.

The first is about the Trustful shipwreck. When the ship struck the shoal, it sank, killing all onboard. Today it is said that the sound of muffled church bells can be heard when a storm is nigh-- the creepy part, the ship’s cargo was full of church bells!

The second, and creepiest story associated with the Middle Ground Lighthouse, is about an assistant lighthouse keeper named Julius Koster. In 1905, the isolation of the job took a toll on the poor lighthouse keeper as he made multiple suicide attempts. He was admitted to a New York sanitarium but succeeded in committing suicide a few days later. Ever since his death, reports of paranormal activity such as slamming doors, crashing noises, loud grinding and even pots of hot water falling to the floor from the stove on their own cause many to believe that Koster’s spirit is still haunting the lighthouse. Read more details about this spooky tale here. 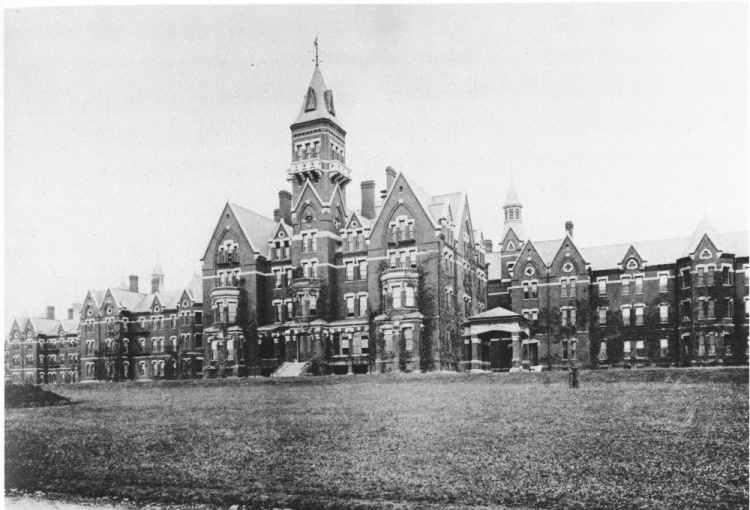 When you think of haunted places to visit in New England, the first place that comes to mind, of course, is the location of the witch trials in Salem, Massachusetts. However, one of the eeriest places to visit in New England is the hospital in the neighboring town. The Danvers State Hospital, or the Danvers State Insane Asylum, opened in 1878 and treated its patients quite poorly. Patients were exposed to overcrowding and inhumane treatments, such as shock therapies, lobotomies, drugs and straitjackets. In fact experts call Danvers State Hospital the birthplace of the prefrontal lobotomy. The hospital closed down in 1985 and was left completely abandoned until renovations took place in 2005. Apartments and condos are now in its place but the graveyards for the patients still remain down the hill. Many say they can feel an eerie and chilling presence as they walk the grounds! 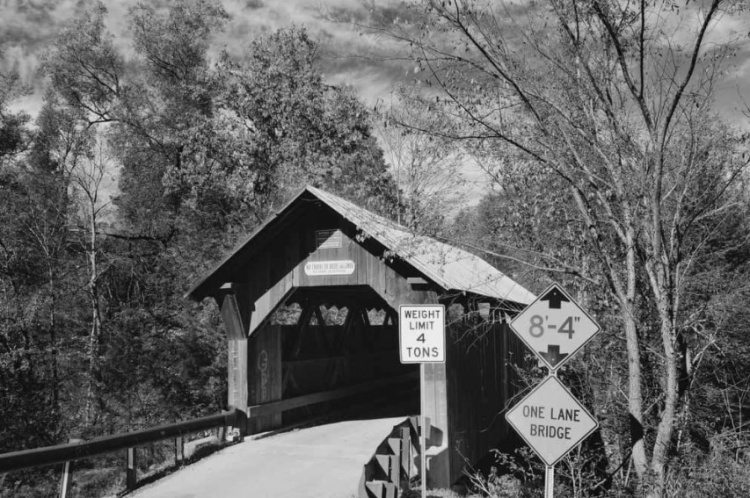 At a glance, this ordinary-looking bridge seems to have no story to tell however; it is the setting of a dark legend. Most commonly known as “Emily’s Bridge”, the Gold Brook Covered Bridge in Stowe, Vermont is where it is said that a brokenhearted girl planned to meet her lover in order to run away together and elope. Emily’s lover never showed, and she hanged herself from the rafters on the bridge. Visitors who have dared to cross the bridge have reported long scratches appearing on the outside of their cars. Even creepier, pedestrians have said to get long scratches along their skin…. Creepy! 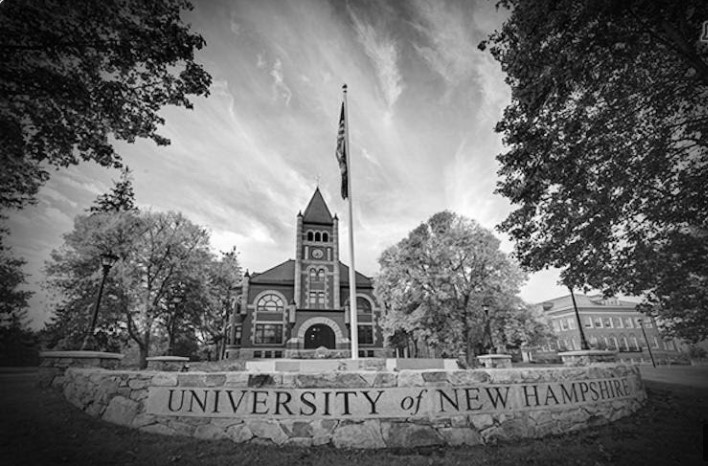 Speaking of female ghosts, students at the University of New Hampshire have reported a lady in white roaming the halls of the school at night. Multiple students have claimed to hear phantom footsteps in the hall, sounds of a rocking chair and a feeling of her presence. No one has any idea as to whose ghost this may be or why she may be haunting the school, but were not sure we want to find out!

Additional Spooky Sites to Check Out

Built in 1837, the Amos J Blake House is part of the Fitzwilliam Historical Society. The house is apparently haunted by 11 ghosts and a phantom cat! Museum staff attest to unexplained sounds, disembodied voices and even ectoplasm- making this one of the most haunted sites in the state!

The town of Glastenbury, located in southwestern Vermont, used to be a small logging village until it was abandoned in the 19th century. Now, the town is well-known as the setting for a  series of unsolved disappearances and murders that started over 70 years ago. Many speculate that the disappearances of the Bennington Triangle are due to paranormal activity, but no one knows for sure.

Did we miss any of your favorite New England ghost stories?? What haunted tales have you heard?