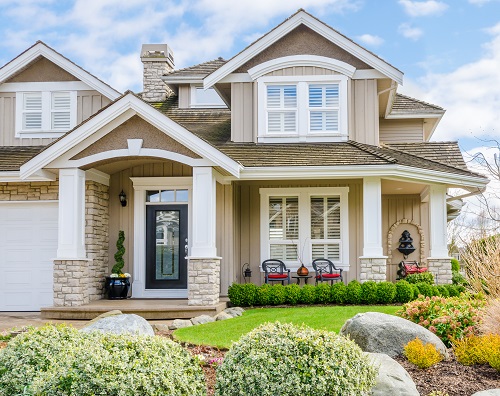 If you’re thinking about moving to the Granite State there are a lot of things to consider, including the price tag. Contrary to the state’s motto of “Live Free or Die,” you can’t quite live here for free. However, you can find a lot of locations where affordability is achievable. Although the cost of living in New Hampshire is higher compared to the average in the United States overall, New Hampshire offers great advantages such as its favorable tax policy.

When talking about New Hampshire, factoring in the cost of housing, utilities, groceries, health care, transportation and miscellaneous expenses, this puts New Hampshire’s cost of living at 117 –– a little over the national average, but not by much.

However, if you were to compare the cost of living in New Hampshire to the state’s income average, New Hampshire doesn’t look half bad! The state’s median household income of $71,322 is the highest in the country, as is its average household disposable income.

For the sake of this article, we’ve compared two of New Hampshire’s most popular cities for their cost of living, to give you an idea of location and affordability.

Manchester, NH is an increasingly popular area due to its proximity to the different regions of the state. Just a short drive to the mountains as well as the lakes region and with access to the Manchester Region Airport to escape to other places with ease, Manchester has seen a spike in buyers putting down roots. A big benefit to Manchester is the cost of living, as it’s just marginally above the national average. With its index for groceries at 102, transportation at 103 and healthcare at 113, it’s a desirable and affordable place to live. The median home value is $236,700 in 2018 which makes for happy home buyers!

Portsmouth is located on New Hampshire’s seacoast and is one of New England’s most expensive cities. Its highly desired location, with easy access to Maine and Boston, MA, and its busy and vibrant downtown make this city a hotspot for buyers. The cost of living in Portsmouth, NH is not as bad as some may expect, with its index for groceries at 106, transportation at 94 and healthcare at 96, it’s relatively low. However, the median home value is what shocks the majority of home buyers, with an index of 229 and median home cost of $428,600, it carries a pretty hefty price tag.

Although New Hampshire rates a little higher on the national scale of cost of living, the benefits of living in the state help outweigh the cost. For example, the overall tax burden as a percentage of gross income is among the lowest in the country. There is no income tax in New Hampshire, dividends and interest are taxed at only 5% and there is no sales tax. New Hampshire residents also have the third lowest automobile insurance premiums in the country. Another benefit to the Granite State are the low poverty rates, the lowest in the country, and a consistently below average unemployment rate.

Overall, the cost of living in New Hampshire is a bit higher than the national average; however, it does have some added benefits that you will not find anywhere else. If you’re thinking about making the move and want to discuss the different areas and communities throughout New Hampshire, contact Verani Realty today! We’re happy to help you find the right home, in the right location at the right price. You can start your New Hampshire real estate search by visiting Verani.com/new-hampshire-homes-for-sale.

©2020 MLS Property Information Network, Inc; The information in this listing was gathered from third party resources including the seller and public records. MLS Property Information Network, Inc. and its subscribers disclaim any and all representations or warranties as to the accuracy of this information.  New England Real Estate Network, Inc. All rights reserved. This information is deemed reliable but not guaranteed. The data relating to real estate for sale on this web site comes in part from the IDX Program of NEREN. Subject to errors, omissions, prior sale, change or withdrawal without notice. Maine Real Estate Information System, Inc. All Rights Reserved. Listing data is derived in whole or in part from the Maine IDX and is for consumers' personal, non-commercial use only. Dimensions are approximate and not guaranteed. All data should be independently verified.