Should I Test my Well Water? 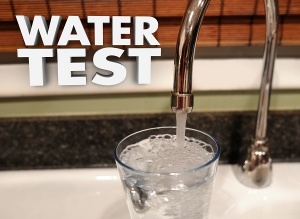 As a homeowner it is wise to get your well water tested, and treated if needed, to eliminate any risk it could pose to your family. But what could be in it? Isn’t there safety in having a private well?

• Getting a Home Inspection

The truth is contamination can occur through the underground channels that feed your well water, so testing is a wise choice for any homeowner. If there is contamination, you need to know what those contaminants are and how you might protect your family from the risks associated with the contamination.

Scientifically speaking, clean water (H20) consists of 11.1888% hydrogen and 88.812% oxygen by weight. Water is considered to be "contaminated" when it also contains harmful or objectionable substances which may be dissolved, suspended or biological.

For example, well water typically contains minerals such as calcium, magnesium, iron and manganese due to its contact with rock formations containing these minerals. Water also dissolves metals from pipes and plumbing fixtures which may contain lead, copper, iron, etc. Gases and dusts from the atmosphere and any other water soluble compounds may also be dissolved by water as they come in contact with it.

How Can Water in my Well be Contaminated?

Contaminated water issues date back to The Industrial Revolution, when an increase in manufacturing led brought about the invention of new synthetic materials. The U.S. chemical industry produced 11 trillion pounds of synthetic organic chemicals between 1945 and 1991, most of which has ended up in our environment: soil, air and/or water.

Before 1974, these chemicals were developed and released into the environment with little thought given to the potential dangers they might present. That hazardous waste has been disposed of via deep-well injection, surface impoundments, and landfills. These practices have allowed thousands of chemical compounds to find their way into many drinking water supplies.

According to the U.S. Environmental Protection Agency (EPA), approximately 70% of surface impounds (pits, ponds and lagoons) that are used for hazardous waste disposal do not have liners and as many as 90% may threaten ground water.

The Risks of Contaminants

In 1974, Congress passed the Safe Drinking Water Act, which authorized the EPA to establish safety levels for certain contaminants in public water supplies. These safety levels are referred to as Maximum Contaminant Levels (MCL's), which are the maximum allowable amounts of the regulated compounds in drinking water.

Testing your water will give you a detailed report on what is found to be outside of these limits, and what is elevated but within safety guidelines.

As of today, well water is still not regulated. It is the responsibility of the homeowner to test it to ensure the drinking water from their well is safe. Numerous contaminants are colorless, tasteless and odorless, which leads people to believe they have safe drinking water. But, The Center for Disease Control (CDC) receives more than 4,000 cases reported each year, where illnesses can be directly linked to drinking water.