Seizing opportunity in Concord, a “City on the Rise” 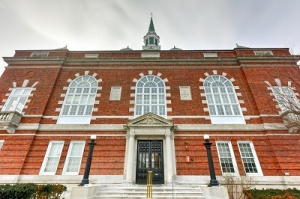 When you think of Concord, the first image that likely comes to mind is the golden dome of the State House. But a variety of concentrated development efforts are coming together to make Concord more than a political capital. Slowly but surely, it’s transforming into a hub for the arts, downtown living, and local shopping, and developers are getting in on the action.

Business NH magazine recently declared Concord a “city on the rise” because of the small city’s increasing development and thriving arts scene. The most visual indicator of this rebirth is the new look and feel of Main Street, which underwent a $14 million makeover from 2014-2016, according to the article. Improvements included larger parking spaces, wider sidewalks, and lifting an overnight parking ban.

Developers are taking notice. The Business NH article cited various commercial opportunities that have come to fruition: Steve Duprey built a 92,000 square foot office building and also converted the former John A. White Building into a 75,000 square foot space for offices. Horseshoe Pond was turned into a mixed-use building with a hotel, conference center, and office park.

Also, with the election of new leadership in the state house, Governor Chris Sununu has put the state’s economy at the top of his agenda, with a focus on bringing new business growth.

“Developers working with the city of Concord to repurpose existing, under-utilized buildings into destination locations for retailers and desirable housing for a well-educated workforce is just the beginning of this downtown transformation,” said Michelle Johnson, Commercial Director at Verani Realty.

Giovanni Verani, President of Verani Realty, said commercial real estate in Concord has been steady. While different commercial sectors look for different features in locations based on their line of business, he said downtown commercial business is mainly retail and professional offices. Both retail and professional want convenient parking and good signage, and walkability is an especially important factor for smaller, downtown retail businesses.

The changes seen in Concord reflect some of the forces that are shaping real estate markets nationally. The Counselors of Real Estate (CRE), a professional organization for real estate professionals who provide unbiased advice and guidance, released their CRE 2016-2017 Top Ten Issues Affecting Real Estate, which cites two trends seen in Concord’s transformation: urbanization/densification, and an increasing preference for “experiential” retail.

The CRE said walkability and the ability to live, work, and play in one area attract people and businesses. As a result, suburban places are coming under pressure to be more “urban.” With the improvements to Concord’s Main Street core, developers are now better able to capitalize on the enhanced walkability of the city.

“Walkability, availability of parking – all those conveniences are more attractive to retail businesses,” said Verani. He added that retail customers don’t want the stress in their mind of not being able to find parking when coming downtown.

“Companies—and communities—that are able to work together to align their real estate development and workforce strategies will have a substantial competitive advantage over other communities,” said Johnson.  “The vitality of a live-work-play downtown combined with the diversity of new business ventures is a winning combination for all.”

The shift toward local and away from big-box stores is another factor. CRE predicts that retail will move toward offering more local and regional options to attract consumers, and they note that “mixed-use experiences,” or places that combine multiple features like a restaurant, hotel, and entertainment, are growing.  Take a walk through downtown Concord with its variety of local restaurants and specialty stores, and it’s easy to see that local retail is part of Concord’s downtown appeal for businesses and residents alike.

As Concord continues to reshape its economy and Main Street, all eyes—both of potential residents and businesses looking to move locations—are on the state’s capital. It remains to be seen what the end result of all this development activity will be, but early indicators are that Concord’s rise is just beginning.

To search for commercial opportunities in Concord and learn more about our services, visit www.veranicommercial.com.