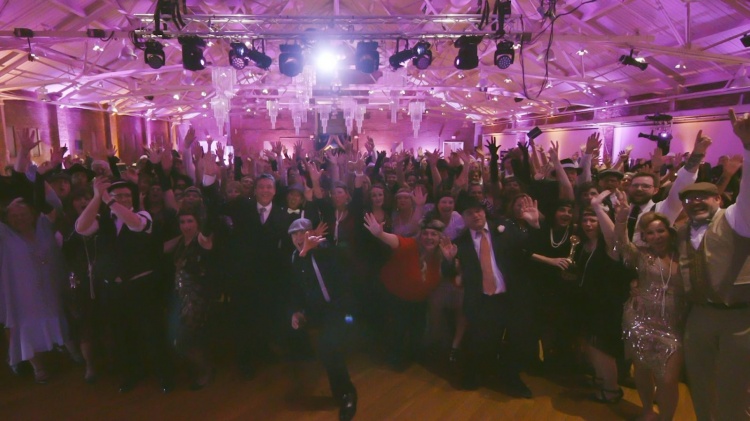 Verani Realty’s biggest event of the year, The Ozzie Awards, was held on January 31, 2020 at the DoubleTree by Hilton Manchester Downtown. The Ozzie Awards have been an annual tradition since it’s induction in 1997; an event to honor the late founder of Verani Realty, Osvaldo (nicknamed “Ozzie”) Verani, and celebrate the achievements of the top agents. An awards ceremony steeped in tradition, it has always been a beloved event by both the Verani family as well as the agents striving to achieve that high level of accomplishment. Each year, Ozzie’s children, Margherita Verani, CEO, and Giovanni Verani, President, invite all the top performers from the past year to celebrate their hard work and dedication.

This year, the Ozzie’s incorporated a Roaring 20s theme, so the agents, their special guests, and staff got all dolled up in their timely attire and gathered for a night of dinner, dancing, and fun. For some agents, these awards are something they’ve been eligible to attend for the past 10+ years, for other’s it was a brand new experience - but every agent at every level of accomplishment was celebrated with the same amount of authenticity and excitement.

Following those awards, the Verani Awards took center stage. The categories are as followed:

The entire night was filled with an abundance of fun, laughter, and support for each other. Last year was a record breaking year, and we’re so proud to have had the ability to gather with all our top performers in one place and celebrate in their success. We’re so excited to see what next year will hold!