Spotlight City: Your Guide to Homes in Kittery, ME 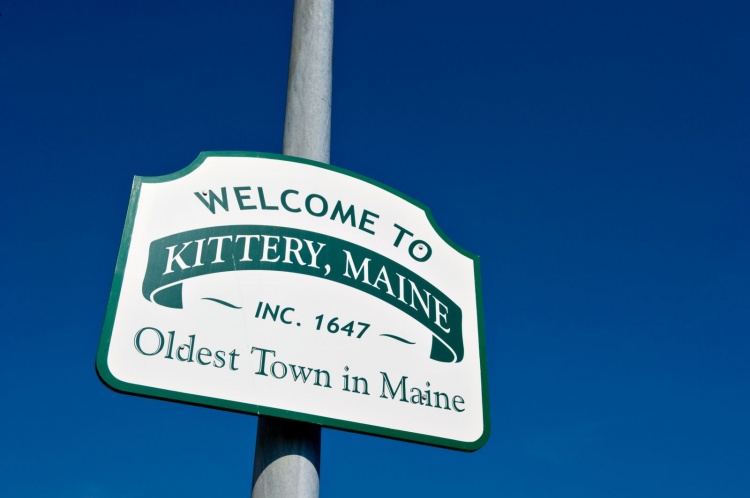 Nestled in the southernmost corner of Maine, in York County, lies Kittery, ME. Incorporated in 1647, Kittery is considered the “oldest incorporated town in Maine”. Inhabited by early English settlers, Kittery received its name from a town founder, Alexander Shapleigh, and his family home of Kittery Court. Today, Kittery, ME is a bustling tourist town just over the border of New Hampshire. Home to just under 10,000 residents, Kittery spans over 75 square miles, 57 of which is water and only 18 is land based.

Kittery, ME has a long and deep history spanning over a century longer than the birth of the United States. Originally, Kittery was home to the Native Americans and known as Amiciskeag, which translated from Algonquin dialect means “fishing point”. Once the European’s landed on the shores of Kittery, they settled the land and remained relatively peaceful with the already inhabited natives. However, tensions rose and there were periods of brutal hostilities, engaging in a series of fights and armed conflicts for control of North America.

A historical spot, still accessible today, is the Isle of Shoals, located just six miles off the coast of Kittery. History tells us that the Isles were a stopover for pirates such as Captain Kidd and Blackbeard. Some even say that there may be lost and buried treasure still hidden there.

Kittery, NH is home to the nation’s oldest continuously serving Navy Yard, Portsmouth Naval Shipyard, established in 1800. This shipyard has seen its fair share of notable American military figures, such as Commodore Isaac Hull, a national hero for his exploits as captain of “Old Ironsides”, and Adm. David Farragut, a Civil War hero with his claim to fame of “damn the torpedoes - full speed ahead.”

The shipyard was also a pivotal part in the Second World War - they produced Navy submarines at a record pace in the 1940’s to ultimately help America win the war. Today, the Shipyard is still actively overhauling and maintaining nuclear submarines for the US Navy. It is also one of the area’s largest employers.

Although Kittery, ME is a small town, it’s not lacking in things to do. Kittery, ME is quite the tourist attraction due to its historical charm and sites, the access to the beach, and the premium outlets.

For the history buffs, you may find yourself venturing to Fort McClary State Park. A former defensive fort of the US Military, Fort McClary is now open to the public to explore and learn more about its past.

If you’re looking to do some shopping, the Kittery Premium Outlets is the place for you. With over 120 famous name outlet stores, there is something for everyone’s taste. Open everyday, with the exception of some holidays, the outlets are an outdoor shopping mall that can be easily accessed off of Route 95.

Living in Kittery, ME has seen a bump in popularity over the past few years. With its historical charm, access to the ocean, and tons of local shops, it has everything a home buyer is looking for. Real estate in Kittery, ME has drawn both year-round residents as well as vacationers looking for a second home. Luckily, homes for sale in Kittery, ME offer a lot of variety to fit a variety of lifestyles.

The style of home in Kittery varies quite a bit, you can find anything from a beachy bungalow to a single-family ranch more inland. It’s up to your personal preference and what fits your needs best. As mentioned, Kittery, ME is steeped in history and there is charm around every corner, including in the neighborhoods. You can find some beautifully maintained homes dating back over a hundred years. With charm, character, and a story to tell, these homes have drawn attention from a lot of different home buyers. However, if older homes aren’t really your style, homes for sale in Kittery also offer a variety of new constructions. With open floor plans, modern designs and details, and the ability to put your own personal stamp on it. The average home price in Kittery is approximately $384,200, which to some may seem like a steep price tag, but you’d be getting all of the local amenities that goes along with living in Kittery, ME.

If you’re searching for your perfect home in Kittery, ME call us today, your trusted and knowledgeable Verani Realty REALTORS®. You can also search for real estate for sale in Kittery, ME online at Verani.com.